The Vienna BioCenter is a life science cluster comprising 4 research institutes, 40 biotech companies, 3 universities and over 2,000 employees. Concentrated in a well-connected location in central Vienna, the Vienna BioCenter community guarantees that scientists are embedded into a stimulating, dynamic and sizable community of biologists, creating synergies and opportunities for cooperation. Evidence for the high scientific standards at the Vienna BioCenter are, among other indicators, 57 ERC grants, 1 Nobel Prize, 2 Breakthrough Prizes, and 11 Wittgenstein Awards that went to Vienna BioCenter scientists.

When the IMP moved to Vienna’s St. Marx neighbourhood in 1986, there was little reference to life sciences to be found here. The closest thing to biology were the municipal slaughterhouses directly next to the old IMP.

Since then, St. Marx has changed dramatically as the IMP seeded the development of one of Europe’s biggest and most dynamic life science hubs (and the slaughterhouses are long closed).

A community of excellence

The Vienna Biocenter comprises several different entities that employ over 2,650 staff members from 80 countries. Combined, the research institutions of the Veinna BioCenter have about 150 research groups. English is the working language.

In short, scientists at the Vienna BioCenter are not alone: they work at the centre of one of Europe’s busiest and most successful life science hubs with high academic standards – as evidenced by publications, awards and grants received. 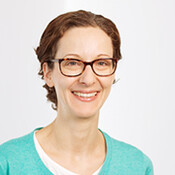 One of the great things about this campus is that we represent a broad diversity of research topics, while also having a critical mass for specific areas of research. For us, the strong RNA biology community is extremely important, but so is the possibility of unexpected connections and inspiration from people asking different questions and using different approaches.

Structure of the Vienna BioCenter

The organisations that jointly form the Vienna BioCenter include four basic research institutes, three universities and 50 biotech companies. Companies more generally related to life sciences such as conference organisers have also moved to the area.

Ffour basic research institutes at the Vienna BioCenter cooperate particularly closely: the IMP; the Max Perutz Labs of University of Vienna and Medical University of Vienna; the Institute of Molecular Biotechnology (IMBA) of the Austrian Academy of Sciences (ÖAW); and the Gregor Mendel Institute of Molecular Plant Biology (GMI), also of the ÖAW - links are given below.

The Vienna BioCenter is conveniently located between Vienna’s city centre and airport, with its own regional railway link and access to subway and trams. For a better impression of how central the Vienna BioCenter's location is, you may want to check the flight simulation below.