Barry Dickson was director of the IMP between 2006 and 2013. Under his guidance, the IMP introduced innovative career opportunities for young scientists, set up the world’s largest fly library and accompanied the rapid expansion of the Vienna BioCenter.

Barry Dickson was born in Melbourne, Australia, in 1962. He originally studied Mathematics and obtained a degree from the University of Melbourne. Then after reading the book “The Eighth Day of Creation” by Horace Freeland Judson, he swapped mathematics for biology. He moved to Switzerland and in 1992 obtained his doctorate in the group of Ernst Hafen at the University of Zurich. Already back then, he worked with Drosophila, studying the development of the insect eye.

During a postdoctoral stay with Corey Goodman in Berkeley, he came in touch with neurobiology. His research focus shifted to the developing central nervous system, his model organism stayed the same: Drosophila.

When Barry Dickson returned to Switzerland, he set up his first independent research group at the University of Zurich. In 1998, he accepted a position as Group Leader at the IMP. He assembled an international team of young scientists and established the fruit fly as one of the most important model organisms of the institute.

He published a high number of key papers, which earned him a reputation as one of the world’s leading neurobiologists. His group made major contributions to our understanding of how the brain is wired up. Among many important advances around this time, his lab was able to identify signals that guide axons and to explain why various axons differ in their response to those signals. 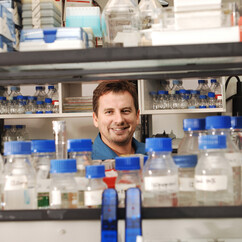 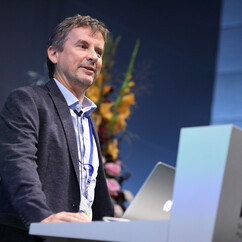 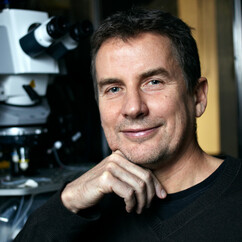 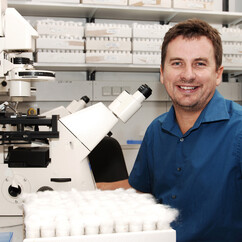 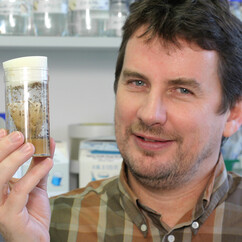 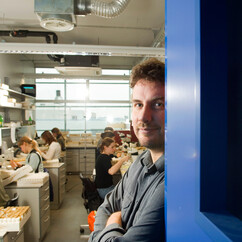 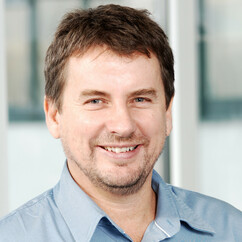 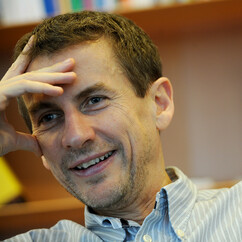 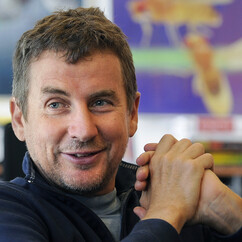 In 2003, Barry Dickson was appointed Senior Scientist at the newly established Institute of Molecular Biotechnology (IMBA) of the Austrian Academy of Sciences, a partner institute of the IMP and located next door. Dickson moved not only his lab, but also his research focus and embarked on an ambitious project.

The task he chose was to explain the origins of complex innate behaviours, and ultimately to understand how these behaviours are modified by experience. In June 2005, a breakthrough paper published in Cell showed that the mating ritual of Drosophila – as an example for complex innate behaviour – is orchestrated by the activity of a single “master-gene”, fruitless. The paper made headlines and stimulated discussions far beyond the scientific community.

In 2006, Barry Dickson succeeded Kim Nasmyth as scientific director of the IMP. One of his most challenging projects during this time was setting up a library of 15,000 transgenic fly strains that would become available via mail-order to researchers around the world. The “Vienna Drosophila Resource Center” VDRC was officially introduced in 2007 and continues to be a valuable tool for geneticists, now at a much larger scale.

As IMP director, one of the biggest concerns for Barry Dickson was to encourage and support young scientists at an early age. He therefore launched the ‘IMP Fellowship Programme’, a real novelty at the time. It gave ambitious young scientists with little or no post-doctoral experience the opportunity to conduct innovative and original research in a world-class scientific environment. The first young talent to be recruited under this program was David Keays, who later became a Group Leader at the IMP.

In 2013, Barry Dickson followed a call to the Janelia Farm Research Campus of the Howard Hughes Medical Institute, where he continues to study neural circuits in the Drosophila nervous system.

Barry Dickson’s scientific achievements were recognised through a number of prestigious awards and honours. In 2000, he was selected into the EMBO Young Investigator Program and later was appointed EMBO member. In 2005, he received Austria’s major science award, the Wittgenstein Prize by the federal government and in 2006, the Remedios Caro Almela Prize for Research in Developmental Neurobiology. In 2009, Dickson was elected AAAS Fellow.