Emily Bayer of Columbia University, Mohamed El-Brolosy of the Max Planck Institute for Heart and Lung Research, and Justin Silpe of Princeton University: three exceptional young scientists were chosen to be the first laureates of the new International Birnstiel Award for Doctoral Studies in the Molecular Life Sciences.

The inaugural International Birnstiel Award is given to three young scientists that stood out from exceptionally strong competition: over 100 nominations were received from institutions in Europe, the US and Asia – they all put forward their most talented PhD student from the previous year, covering a broad spectrum of the molecular life sciences.

“We were very impressed by the overwhelming number and quality of nominations that we received”, said Meinrad Busslinger, Deputy Director of the Research Institute of Molecular Pathology (IMP) and chair of the selection panel. “The three awardees have made contributions to their field that are exceptional in the frame of doctoral studies, and they show great promise for stellar research careers. I hope to speak in the spirit of Max Birnstiel in saying that it is a privilege for us to highlight these three colleagues as an inspiration for any young scientist.”

Emily Bayer is a PhD student in the lab of Oliver Hobert at Columbia University, New York. Her research investigates the mechanisms that underlie sex-specific differences in the connections that neurons form in the nervous system of the nematode worm C. elegans. Investigating neurons that occur in both male and female worms, she could show that sex-specific differences in structure and function emerge through the pruning of synaptic connections, which can be disrupted by starvation and a resulting chain of molecular signals. Emily’s findings were reported in several scientific papers in distinguished journals – including Nature – and covered by the Washington Post. Emily is originally from Pennsylvania and did her first degree at Muhlenberg College in Allentown.

Mohamed El-Brolosy is a PhD student in the lab of Didier Stainier at the Max Planck Institute for Heart and Lung Research in Bad Nauheim, Germany. For his doctoral research, he studies the molecular foundations of genetic compensation in zebrafish and mouse models. Mutations that might affect an organism negatively can lead to an increased expression of related genes, which then can take over the function of the mutated gene; a key mechanism to ensure genetic robustness against perturbations. Mohamed has identified the molecular machinery that drives genetic compensation through transcriptional regulation; findings with great implications for gene function and developing future therapeutics. Mohamed is co-author of several scientific publications, including a seminal study reported in Nature. Mohamed grew up in Egypt, where he attended the German University Cairo before doing a master’s at the International Max Planck Research School in Göttingen.

Justin Silpe is a PhD student in the lab of Bonnie Bassler at Princeton University in New Jersey. His studies set off to investigate communication among bacteria via signalling molecules that underlie collective behaviours. Having helped to identify the molecule DPO as one such signal, he contributed to finding a much broader prevalence of DPO in cell-to-cell communication in bacteria, viruses, and within complex multicellular settings. Justin then showed that DPO information can be hijacked by bacterial viruses, called phages, to infect bacteria by expressing DPO receptors, a strategy for which he found indications to be widely spread in phages. Justin’s discoveries demonstrated the first case of viruses integrating innate host signalling information, which he reported in several scientific publications including Cell and continues to work on today. Justin has completed his undergraduate and master’s degree as part of a concurrent undergraduate-graduate studies program in Macromolecular Science and Engineering at the University of Michigan - Ann Arbor. 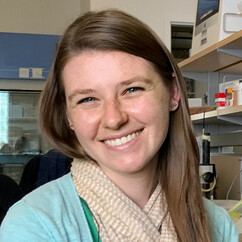 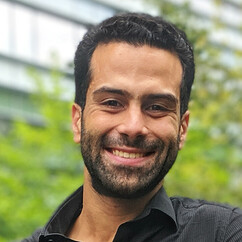 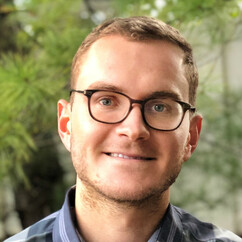 The International Birnstiel Award has been conferred for the first time this year and will become an annual celebration of outstanding achievements by doctoral students in molecular life sciences. It is endowed by the Max Birnstiel Foundation and the Research Institute of Molecular Pathology. Awardees attend the Vienna BioCenter PhD Symposium on 7 and 8 November, where they will receive a certificate, trophy and cash prize of 2,000 Euro. While any academic institution in the world is entitled to submit a nomination, nominations are limited to one per institution or PhD programme. Due to the highly competitive nature of the selection, the Birnstiel Award will become a flagship accolade to celebrate emerging leaders in molecular life science research.

Due to the outstanding competition, many strong nominations could not be recognised with an award. The selection committee highlighted eight scientists as “honourable mentions” that deserve special acknowledgement:

Max Luciano Birnstiel (1933 – 2014) was a molecular biologist and founding director of the Research Institute of Molecular Pathology (IMP). In this role, he made a major contribution to the exceptional academic standing of IMP. He retired from his post as director in 1996.

Birnstiel’s research focused on gene regulation in eukaryotes. His lab was the first to purify single genes, the ribosomal RNA genes from the frog Xenopus laevis, in the late 1960s. Birnstiel was one of the first scientists to study how gene expression is regulated. He is also recognised for one of the earliest discoveries of a gene enhancer element, which his lab published in 1980. As a science manager, Birnstiel was a visionary who not only set the IMP on track to achieving research excellence, but he was also a vital force behind raising the profile of the Vienna BioCenter, now one of Europe’s most dynamic life science hubs with four research institutes, three universities and two dozen biotech companies.

Throughout his life, Max Birnstiel was a supporter of young talent and fostered an egalitarian culture at the IMP. It was in this spirit that a foundation bearing his name was set up in 2018. The Max Birnstiel Foundation co-funds initiatives and activities that support young scientists in molecular life sciences, such as the Vienna BioCenter Summer School and the International Birnstiel Award for Doctoral Studies in Molecular Life Sciences.

About the IMP at the Vienna BioCenter

The Research Institute of Molecular Pathology (IMP) in Vienna is a basic biomedical research institute largely sponsored by Boehringer Ingelheim. With over 200 scientists from 40 countries, the IMP is committed to scientific discovery of fundamental molecular and cellular mechanisms underlying complex biological phenomena. The IMP is located at the Vienna BioCenter, one of Europe’s most dynamic life science hubs with 1,800 employees from 70 countries in four research institutes, three universities and two dozen biotech companies.