Angelika Amon will be among the recipients of the 2019 Breakthrough Prize in Life Sciences. The award honours her discovery of the consequences of abnormal chromosome copy numbers – aneuploidy – on cell physiology and tumour development. Angelika Amon is currently the Kathleen and Curtis Marble Professor of Cancer Research at the Koch Institute for Integrative Cancer Research at the MIT and a former PhD student and a Scientific Advisory Board member of the IMP.

Angelika Amon’s research focusses on the mechanisms of cell division. Her lab studies the regulatory networks that control this fundamental process during normal development and in disease. In particular, the group is interested in understanding what leads to an uneven distribution of chromosomes resulting in an aberrant number of copies in a cell. This condition, aneuploidy, is a characteristic feature of most human cancers and has been suspected to be one of its causes for over hundred years.

The hypothesis remained controversial and untested until Angelika Amon developed cellular models in yeast and mice that could be used to analyse the consequences of aneuploidy. Her studies showed that aneuploidy causes a number of deleterious cellular effects, but also revealed the mechanisms by which tumour cells overcome these disadvantages and exploit the selective benefits that come with aneuploidy. Based on these findings, new targets for cancer therapies are emerging at this time that they are recognised with the Breakthrough Prize, the World's most generously endowed science awards.

Angelika Amon at the IMP 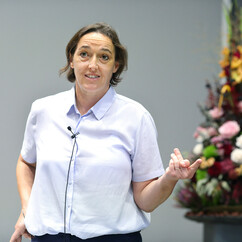 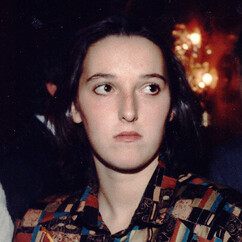 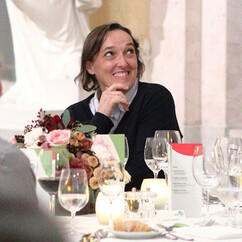 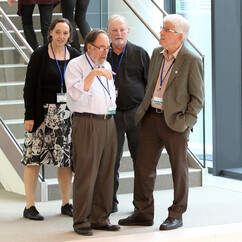 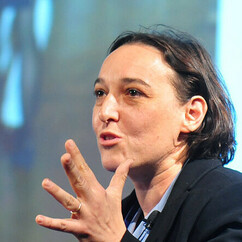 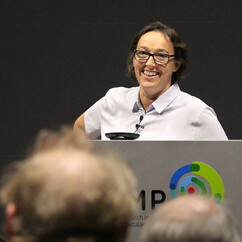 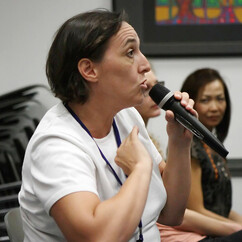 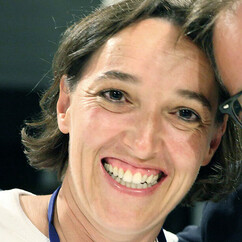 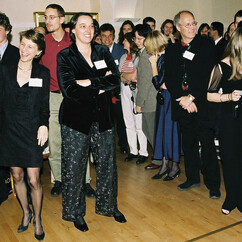 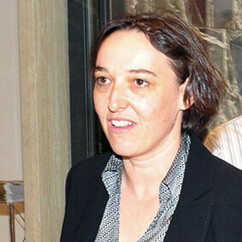 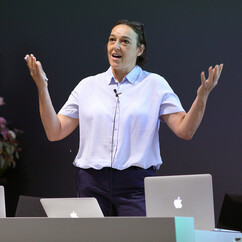 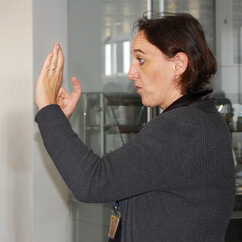 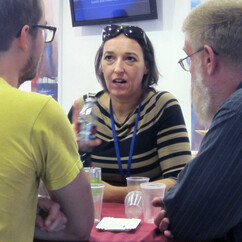 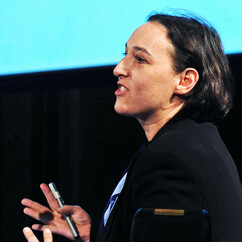 The foundation of Angelika Amon’s research career was laid at the IMP in Vienna and she maintained close ties with the IMP until today. In 1988, she was one of the first students at the then newly established institute, first working on a master thesis then staying on for her PhD with Kim Nasmyth.

“I have fond memories of my time at the IMP. I came just a few months after Kim Nasmyth had joined the IMP to do my master’s thesis - and subsequently my PhD - in his lab. I knew nothing about science, had very little lab experience and was truly a science rookey. Kim and the people in his lab took me under their wing and taught me how to do science the English way: relentless, truthfully and (I am citing Kim) ‘always do the experiment that has the potential to make you the unhappiest.’ Incidentally, supervisor Kim Nasmyth was awarded the Breakthrough Prize in 2018.

Her PhD at the IMP not only sparked Angelika Amon’s interest in her central research topic, cell division, but also introduced her to her favourite model organism, the budding yeast. According to her, she fell in love with yeast not only because of the ease of handling but mainly because “…the only rate-limiting factor in your research is your brain - technically almost anything is possible in yeast." After moving to the US, Angelika has kept her connections to the IMP, through personal friendships, professional functions and common research interests. In 2009, she became a member of the IMP’s Scientific Advisory Board.

Video on Angelika Amon by the Breakthrough Prize.

Angelika Amon (born 1967 in Austria) studied Biology at the University of Vienna. After her diploma in 1989, she joined the lab of Kim Nasmyth at the IMP and earned her doctorate from the University of Vienna in 1993. A year later, she joined the lab of Ruth Lehmann at the Whitehead Institute for Biomedical Research as a postdoctoral fellow. In 1999, she joined the Koch Institute for Integrative Cancer Research at MIT as Associate Professor and was promoted to full professor in 2007. At present, Angelika Amon holds the chair of Kathleen and Curtis Marble Professor of Cancer Research and is co-Director of the Paul F. Glenn Center for Science of Aging Research at MIT. She is a HHMI Investigator.

The research achievements of Angelika Amon have been widely recognized through numerous awards. Among them are the Presidential Early Career Award for Scientists and Engineers (1999), the Alan T. Waterman Award (2003), the National Academy of Sciences Award in Molecular Biology (2008), the Ernst Jung Prize for Medicine (2013) and many others. Angelika Amon is an elected member of the American Academy of Arts and Sciences and an elected Foreign Associate to the Austrian Academy of Sciences and to EMBO.

About the Breakthrough Prize

The Breakthrough Prizes were founded in 2013 by Sergey Brin, Yuri and Julia Milner, Mark Zuckerberg and Priscilla Chan, and Anne Wojcicki. They come in three categories - life sciences, fundamental physics, and mathematics. Up to five Breakthrough Prizes in Life Sciences are awarded each year, and up to one each in physics and mathematics. All prizes are individual and should recognize a single person’s contribution to the field of life sciences, with special attention to recent developments. Each laureate receives three million US dollars.

Alumna Interview
Read more about Angelika Amon and her time at the IMP in an interview from 2007.

About the IMP
The Research Institute of Molecular Pathology (IMP) in Vienna pursues world-class research in basic molecular biology. It is located at the Vienna BioCenter and largely sponsored by Boehringer Ingelheim. With over 200 scientists from 40 countries, the IMP is committed to scientific discovery of fundamental molecular and cellular mechanisms underlying complex biological phenomena. www.imp.ac.at

About Vienna BioCenter
Vienna BioCenter is a leading life sciences hub in Europe, offering an extraordinary combination of research, business and education in a single location. About 1,700 employees, 86 research groups, 20 biotech companies, 1,300 students and scientists from 70 countries create a highly dynamic and stimulating environment. www.viennabiocenter.org