The Austrian Science Fund will support research on the molecular mechanisms by which the PAX5-JAK2 fusion protein contributes to B-cell leukaemia. The Busslinger lab will study this in a novel mouse model and analyse corresponding human leukaemia samples by genome-wide sequencing approaches. The Busslinger group currently  offers postdoctoral positions in transcriptional control of B cell development, immunity and disease, as advertised below.

B-cell acute lymphoblastic leukaemia, also called “B-ALL”, is the most common tumour in children and also occurs in adolescents and adults. Despite good prognosis in paediatric patient outcome, at least 15 percent of patients will suffer from relapse. A deeper understanding of the molecular mechanisms underlying the onset and progression of this disease is therefore needed to improve current therapeutic approaches.

The transcription factor PAX5 is essential for the generation of the immune cell type referred to as B-cell, which normally generate specific antibodies to protect us from acute infections. In one third of B-ALL cases, one of the two PAX5 gene copies is lost, implicating that PAX5 is a tumour suppressor in leukaemia development.

A subset of B-ALL with poor prognosis is characterized by a PAX5-JAK2 translocation that generates a fusion transcription factor consisting of the DNA-binding domain of PAX5 linked to the catalytically active domain of the JAK2 kinase. The Austrian Science Fund (FWF) will provide 400,000 Euros to support the Busslinger lab in elucidating how the PAX5-JAK2 protein controls leukaemia development and maintenance. 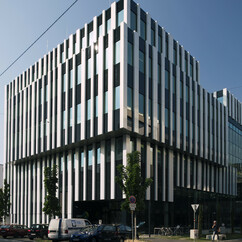 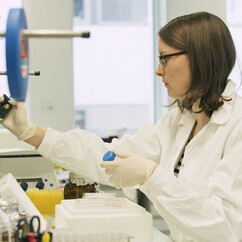 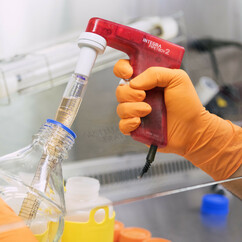 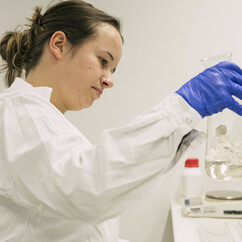 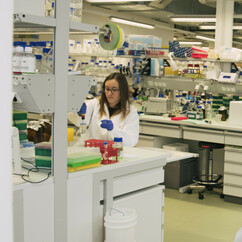 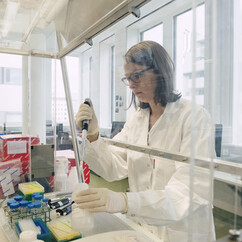 The scientists from the lab of Meinrad Busslinger have recently generated a mouse model that expresses the PAX5-JAK2 protein from the endogenous Pax5 locus. These mice rapidly develop an aggressive B-ALL tumour, indicating that they mimic the role of PAX5-JAK2 in human leukaemia.

The scientists will use the FWF funds to investigate to what degree PAX5-JAK2 contributes to B-ALL development. They aim to identify and characterize PAX5-JAK2-regulated target genes by genome-wide gene expression, PAX5-JAK2 binding and chromatin profiling analyses of the mouse B-ALL tumour cells. They will then use CRISPR-Cas9-mediated mutagenesis to determine the relevance of the top-ranked target genes for leukaemia development.

By analysing the gene expression profile of human PAX5-JAK2+ B-ALLs, the scientists will determine the degree to which the critical PAX5-JAK2 target genes identified in the mouse tumour model are also relevant in the context of the human disease.

This FWF grant is the second major source of funding secured by Meinrad Busslinger for his research this year, following an ERC Advanced Grant in spring. “The funding allows us to expand the capacity of our lab substantially”, says Busslinger with open positions in mind. “We are already advertising postdoctoral positions in transcriptional control of B cell development, immunity and disease”.

More about the work of Meinrad Busslinger's lab