Annika Nichols, a VBC PhD student of Manuel Zimmer at the Research Institute of Molecular Pathology (IMP) in Vienna, has been selected to receive the Harold M. Weintraub Graduate Student Award by the Fred Hutchinson Cancer Research Center in Seattle for her “outstanding achievement during graduate studies in the biological sciences.” Out of more than 260 awardees since the year 2000, she is only the fifth student from a European institution to be honoured in this way.

The Harold M. Weintraub Graduate Student Award is sponsored by the Basic Sciences Division of the Fred Hutchinson Cancer Research Center in Seattle. The recipients are chosen by a selection committee of the center’s faculty members and students for the quality, originality and significance of their work.

“I am thrilled that Annika has received this exceptional and exceptionally competitive award”, says neuroscientist Leslie Vosshall, Robin Chemers Neustein Professor and HHMI Investigator at the Rockefeller University in New York. “Winning the Weintraub is a golden ticket to a bright future in science. The list of past winners is truly impressive with many prominent scientists who are now leaders in their fields in institutions around the world.” Leslie Vosshall chairs the scientific advisory board of the IMP and is familiar with the work of Annika Nichols and the Zimmer lab in general. 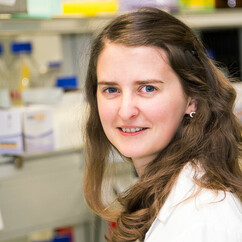 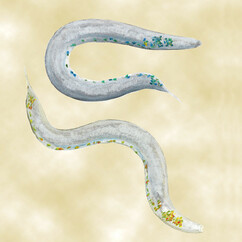 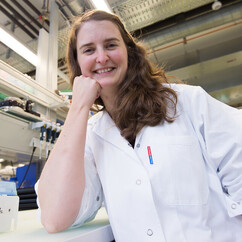 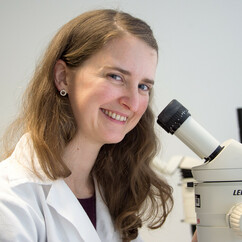 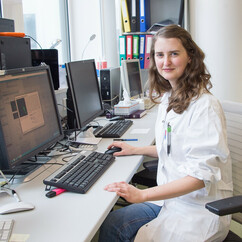 Annika Nichols grew up in Tasmania and studied genetics and neuroscience at the University of Queensland in Brisbane and at Uppsala University. During her undergraduate work, she studied the cellular mechanisms underlying neuronal degeneration. Already during this time, her talent stood out and she was awarded several student prizes and grants. In 2013, Annika joined the IMP via the competitive Vienna BioCenter PhD Programme to work towards her doctoral degree. She was fascinated by a whole brain imaging technique that had been established in the lab of Manuel Zimmer. This novel approach offered the exciting opportunity to address a previously out-of-reach problem in neuroscience. By observing whole brain dynamics at single cell resolution, Annika Nichols set out to study how the brain switches between sleep and wakefulness and how these states are maintained.

Brains switching between sleep and wakefulness

For her experiments, Annika Nichols used the roundworm C. elegans, a well-characterised model organism with a defined number of nerve cells. She first established a procedure that let her control whether the animals were aroused or dozing. Applying the whole-brain calcium imaging technique, she was then able to observe for the first time and at single cell resolution an entire brain switching between sleep and wakefulness. To interpret and quantify her data, she developed tailored computational analysis methods. Based on her analysis, she and her supervisor Manuel Zimmer proposed the hypothesis that in tired animals, sleep is the default state of the brain that spontaneously establishes itself as long as strong external stimuli from the environment are absent.

The results of this study were published in one of the world’s top academic journals, Science, with Annika Nichols as the first author and main contributor (Nichols et al., Science 356, 23 June 2017). IMP Group Leader Manuel Zimmer, who supervises Annika Nichols, comments on her flexibility to face and address new challenges: “I was really impressed with Annika developing from an already proficient behavioural geneticist to a computational neuroscientist. She is among the most promising young neuroscientists I’ve met to date”, he adds.

The Weintraub awardees will travel to Seattle for an award symposium held on May the 4th, 2018 in honour of biologist Harold Weintraub and his commitment to innovative science. Through the award, the laureates gain access to an extensive network of scientific excellence.

Annika Nichols is a student in the VBC PhD Programme. Are you interested in a world-class career in molecular biology? Find out more about VBC training opportunities at: https://training.vbc.ac.at/