The largest genome ever: decoding the axolotl

A team of researchers led by scientists in Vienna, Dresden and Heidelberg has decoded the entire genetic information of the Mexican salamander axolotl. The axolotl genome, which is the largest genome ever to be sequenced, will be a powerful tool to study the molecular basis for re-growing limbs and other forms of regeneration. The journal NATURE publishes the news in its current issue.

Salamanders have long served as valuable biological models for developmental, regeneration and evolutionary studies. In particular, the Mexican axolotl Ambystoma mexicanum has received special attention due to its astounding ability to regenerate body-parts. If the cannibalistically inclined animal loses a limb, it will regrow a perfect substitute within weeks, complete with bones, muscles and nerves in the right places. Even more fascinating, the axolotl can repair severed spinal cord and retinal tissue. These qualities and the relative ease in breeding have made it a favorite biological model, cultivated in the lab for more than 150 years. 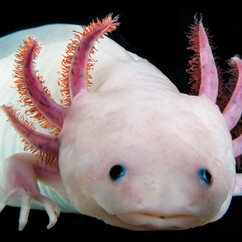 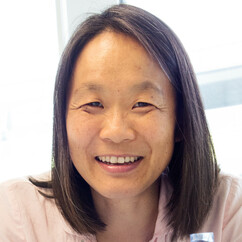 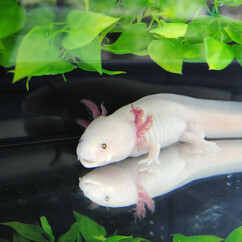 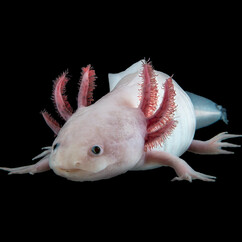 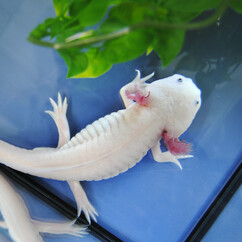 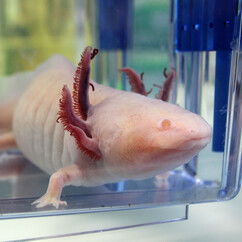 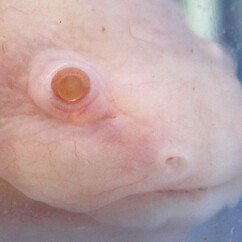 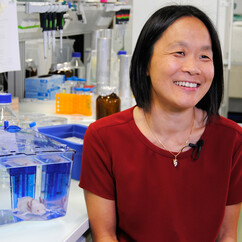 Studying the evolution of regeneration

One of the largest axolotl-colonies is maintained by the team of Elly Tanaka, now at the Research Institute of Molecular Pathology (IMP) in Vienna. The Tanaka-group that was based at the DFG-Center for Regenerative Therapies Dresden at the TU Dresden and the Max Planck Institute of Molecular Cell Biology and Genetics (MPI-CBG) until 2016 is studying the molecular cell biology of limb and spinal cord regeneration and how these mechanisms evolved. Over the years, the team has developed an extensive molecular toolkit for the axolotl, including comprehensive transcriptome data that reveal protein-coding sequences in the animal’s genome. Using these tools, Elly Tanaka and her colleagues were able to identify the cells that initiate regeneration and describe molecular pathways that control the process.

To fully understand regeneration and to find out why it is so limited in most species, scientists need to have access to genome data to study gene regulation and evolution. So far, the axolotl genome had evaded a complete assembly, due to its sheer size: at 32 billion base pairs, it is more than ten times larger than the human genome. The sequence assembly process using existing tools had been confounded by the enormous number of large repetitive sequences in this genome.

.
The challenge of sequencing the largest genome

An international team of researchers led by Elly Tanaka (IMP), Michael Hiller and Gene Myers (both MPI-CBG), and Siegfried Schloissnig of the Heidelberg Institute for Theoretical Studies (HITS) have now sequenced, assembled, annotated, and analysed the complete axolotl genome, the largest genome ever to be decoded. Using the PacBio-platform, a sequencing technology that produces long reads to span large repetitive regions, a total of 72.435.954 reads were sequenced at the DRESDEN Concept Genome Center, a joint operation between the MPI-CBG and the TU Dresden. Software systems that were co-developed by Gene Myers and Siegfried Schloissnig with his team in Heidelberg were used to assemble the genome from these millions of pieces. The powerful sequencing machines that made this whole project possible were financed by the Klaus Tschira Foundation and the Max Planck Society.

The analysis of the assembled genome discovered several features that seem to point to the uniqueness of the axolotl: The researchers found that several genes that only exist in axolotl and other amphibian species are expressed in regenerating limb tissue. Most strikingly, an essential developmental gene named PAX3 is completely missing from the genome, and its functions have been taken over by another gene termed PAX7. Both genes play key roles in muscle and neural development. 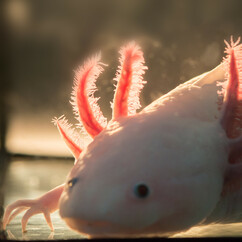 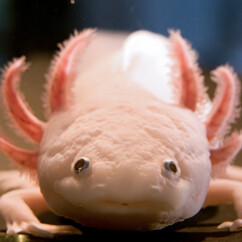 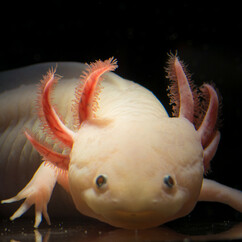 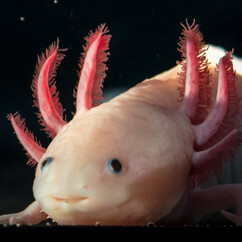 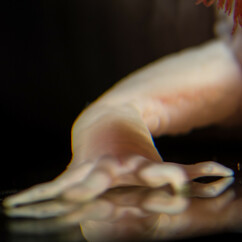 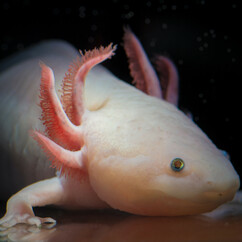 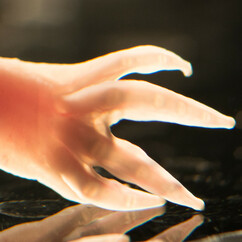 “We now have the map in our hands to investigate how complicated structures such as legs can be re-grown”, says Sergej Nowoshilow, co-first author of the study and a postdoctoral fellow at the IMP. “This is a turning point for the community of scientists working with axolotl, a real milestone in a research adventure that started more than 150 years ago.”

The sequence of the axolotl genome that is now publicly available is a powerful resource for researchers worldwide to study tissue-regeneration.

Axolotl at the IMP

About the IMP at Vienna BioCenter
The Research Institute of Molecular Pathology (IMP) in Vienna is a basic biomedical research institute largely sponsored by Boehringer Ingelheim. With over 200 scientists from 40 nations, the IMP is committed to scientific discovery of fundamental molecular and cellular mechanisms underlying complex biological phenomena. Research at the IMP addresses topics in molecular and cellular biology; structural biology and biochemistry; gene expression and chromosome biology; stem cell biology and development; immunology and cancer; and neuroscience. The IMP is located at the Vienna BioCenter, a leading life sciences hub in Europe, offering an extraordinary combination of research, business and education in a single location.

About the MPI-CBG
The Max Planck Institute of Molecular Cell Biology and Genetics (MPI-CBG) is one of 83 institutes of the Max Planck Society, an independent, non-profit organization in Germany. 500 curiosity-driven scientists from over 50 countries ask: How do cells form tissues? The basic research programs of the MPI-CBG span multiple scales of magnitude, from molecular assemblies to organelles, cells, tissues, organs, and organisms.

About the HITS
The Heidelberg Institute for Theoretical Studies (HITS) was established in 2010 by the physicist and SAP co-founder Klaus Tschira (1940-2015) and the Klaus Tschira Foundation as a private, non-profit research institute. HITS conducts basic research in the natural sciences, mathematics and computer science, with a focus on the processing, structuring, and analyzing of large amounts of complex data and the development of computational methods and software. The research fields range from molecular biology to astrophysics.