Kim Nasmyth celebrates his Breakthrough Prize at the IMP

Last December, IMP emeritus director Kim Nasmyth was awarded the Breakthrough Prize in Life Sciences. He now returned to Vienna to celebrate the prize – given for work on cell division he had largely done at the IMP - with current members of the institute.

The Breakthrough Prizes are the World’s most generously endowed science prizes – and arguably the most glamorous ones. Last December, IMP emeritus director Kim Nasmyth received the Breakthrough Prize in Life Sciences 2017 from the hands of Mila Kunis and Ashton Kutcher. Now he returned to the IMP to celebrate the award with current faculty, students and support staff of the IMP.

In a very personal note, Kim quoted Napoleon Bonaparte in saying that he preferred a lucky general to a good one; similarly, one needs to be lucky in science, too. From dedicated politicians at the City of Vienna to founding director and visionary Max Birnstiel, the fate of the IMP was driven by lucky people and circumstances even long before actual research started.

As a token of appreciation, Kim was presented with a piece of granite from the iconic old IMP building with an engraved (new) IMP logo. IMP Scientific Director Jan-Michael Peters thanked Kim and emphasised how much he and alumni from his lab shaped the life science scene at the Vienna BioCenter, contributing to making many researchers “better scientists”.

Kim Nasmyth had joined the IMP as one of its first senior scientists in 1987. He was the IMP’s scientific director from 1997 to 2006, when he became Whitley Professor of Biochemistry at the University of Oxford. 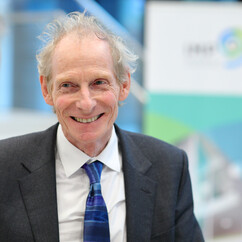 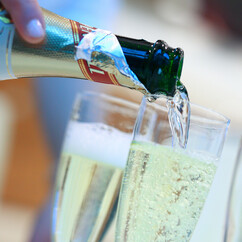 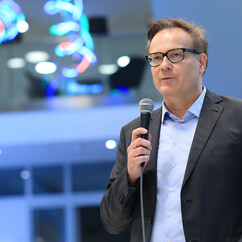 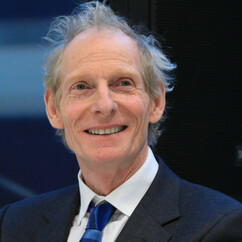