Following the overwhelming success of the inaugural International Birnstiel Award in 2019, the number of awardees was doubled this year. Again, the laureates stood out from exceptionally strong competition: over 130 nominations were received from institutions in Europe, North America, Asia, and Australia – each of them putting forward their most talented PhD student from the previous year, covering a broad spectrum of the molecular life sciences.

“The number and quality of nominations that we received was extremely impressive and shows that the Birnstiel Award is now fully established as one of the leading life science prizes for young researchers”, said Meinrad Busslinger, Deputy Director of the Research Institute of Molecular Pathology (IMP) and chair of the selection panel. “It was not an easy task to select six awardees – we finally chose exceptional young colleagues whose research careers we hope to accelerate further with the award. During their doctoral studies, the awardees showed a level of insight, creativity, and independence that is far above average and led to remarkable contributions in their area of research. It is in honour of Max Birnstiel that we named these awards and it would please him immensely to witness the talent we have identified in his name.”

Patrick Chitwood obtained his PhD under the supervision of Ramanujan Hegde at the Medical Research Council Laboratory of Molecular Biology (LMB) in Cambridge. As part of his thesis, he discovered a new class of chaperones that acts inside the lipid bilayer - an 'intramembrane' chaperone he named the PAT complex. His fundamental discovery is of broad importance and impact because this chaperone complex helps with the maturation of multi-spanning membrane proteins, roughly 3500 of which are encoded in the human genome. How these complicated membrane proteins, such as channels, transporters, and GPCRs (G protein-coupled receptors), fold properly has long been a mystery. The discovery of a widely conserved chaperone made this problem accessible for molecular and structural analysis. Patrick’s fundamental work was recently published in Nature, following another first-author paper in Cell two years ago. Patrick pursued his undergraduate studies at the University of Colorado, Boulder.

Eliran Kadosh is a postdoctoral researcher at The Hebrew University - Hadassah Medical School in Jerusalem. For his thesis, he carried out a challenging and complex cancer model project in the lab of Yinon Ben-Neriah. Studying intestinal cancer in mice, he found that certain mutations in the tumour suppressor protein p53 have contradictory effects in the proximal versus the distal gut, causing severe cancer in the ileum and colon while exerting a tumour suppressor effect in the duodenum and jejunum. As his studies demonstrated, this unprecedented plasticity of a cancer mutation is instructed by the microenvironment. The findings have recently been published in a first-author paper in Nature. Eliran did his undergraduate studies in pharmaceutical engineering at the Jerusalem College of Engineering before turning to cancer research at The Hebrew University of Jerusalem. Parallel to his thesis research, Eliran successfully taught courses at the Medical School and at an affiliated college.

Fangyu Liu is a postdoctoral researcher at UCSF, who pursued her doctoral research in the lab of Jue Chen at The Rockefeller University, New York. During her thesis research, she has made major contributions to the development of much-needed therapies for cystic fibrosis, a disease that currently has no cure. In her first year, she used cryo-EM to determine the structure of human CFTR, the protein mutated in cystic fibrosis. Since then, her structural studies have helped elucidate how CFTR-function is regulated and how currently used drugs interact with the molecule, laying the foundation for structural-based drug discovery to treat cystic fibrosis. Since joining the Chen lab in 2016, Fangyu has published four high-impact papers. Her work has been widely viewed as a major breakthrough in the membrane transporter field and has been featured in the news multiple times. Fangyu pursued her undergraduate studies at McGill University in Montreal before joining Rockefeller.

Anna-Katharina Pfitzner is a PhD student in the lab of Aurélien Roux at the University of Geneva’s Biochemistry Department. In her doctoral research project, she studied the mechanism of membrane remodelling by the most ancient membrane remodelling complex, the Endosomal Sorting Complex Required for Transport-III (ESCRT-III). This machinery is unique in its ability to scission membrane structures from their luminal side, a function that is crucial for a large variety of cellular functions ranging from cytokinesis and nuclear envelope maintenance to viral budding. Based on her preliminary observations, Anna imagined that ESCRT-III molecules could be recruited at the membrane in a sequence and designed the experiments to test this idea. This hypothesis turned out to be true and, using electron microscopy, she could further show that this recruitment sequence was coupled to membrane deformation and fission. Altogether, the findings are a landmark in understanding how ESCRT-III works, but more generally in cell biology because of the pleiotropic role of ESCRT-III in cellular functions. Anna’s study was recently published in Cell. Anna joined the Roux lab in January 2017 after studying biochemistry at the University of Tübingen.

Christopher Reinkemeier is a PhD student in the lab of Edward Lemke at the European Molecular Biology Laboratory (EMBL) in Heidelberg. For his uniquely ambitious doctoral thesis, Christopher set out to optimise genetic code expansion (GCE) in eukaryotes. Copying the concept of phase separation, he designed an artificial, membrane-less organelle into mammalian cells which is dedicated to protein engineering. After only 2.5 years as a doctoral student, Christopher published his results in a first-author Science paper that received exceptional media attention. He has since authored or co-authored two more publications. His work shows that synthetic biomolecular condensates can perform tasks as complex as translation and that multiple of these can coexist in one cell.  This approach opens possibilities in synthetic cell engineering and biomedical research. Christopher obtained his Bachelor’s and Master’s degrees at the University of Konstanz and the Medical Research Council Laboratory of Molecular Biology.

Vayu Maini Rekdal graduated with a PhD in Biochemistry from Harvard University in May 2020. His thesis research in the lab of Emily Balskus investigated how the trillions of microbes living in the human gut (the gut microbiota) break down ingested and endogenous molecules. Even though gut microbial metabolism of these compounds plays important roles in pharmacology, nutrition, and human physiology, the specific microbial strains and enzymes that are responsible for the metabolism are often unknown. Vayu Maini's doctoral thesis described the discovery and characterisation of enzymes that break down the Parkinson's drug L- dopa, catecholamine neurotransmitters, and dietary phytochemicals. These findings revealed a potential strategy for improving the treatment of Parkinson's disease, illuminated interactions between gut microbes and the nervous system, and have implications for human nutrition. Additionally, his work uncovered a new class of enzymes that may be broadly relevant to microbial life on Earth, laying the foundation for further efforts to characterise and engineer microbial chemistry in the human gut and beyond. Vayu Maini earned his Bachelor's degree in Biology and Chemistry (summa cum laude) from Carleton College in Minnesota. He is the first author of three high-impact papers. He recently started a position as a Miller Fellow at UC Berkeley. 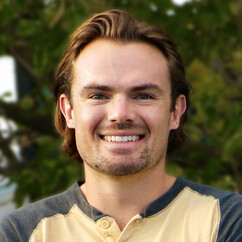 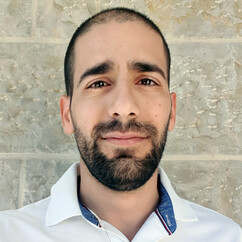 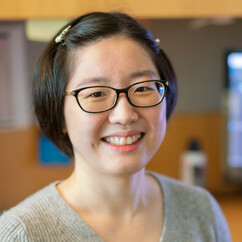 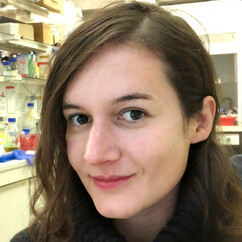 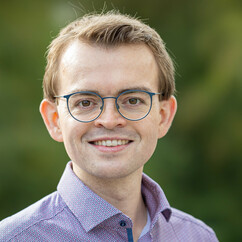 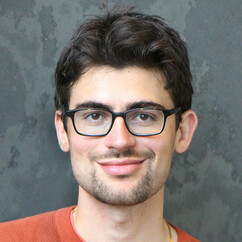 The International Birnstiel Award has been conferred for the second time this year and was established as an annual celebration of outstanding achievements by doctoral students in molecular life sciences. It is endowed by the Max Birnstiel Foundation and the Research Institute of Molecular Pathology. The awardees receive a certificate, trophy and prize of 2,000 Euro. Due to the Covid19-pandemic, the 2020 acceptance talks will be recorded and published online this year. While any academic institution in the world is entitled to submit a nomination, nominations are limited to one per institution or PhD programme. Due to the highly competitive nature of the selection, the Birnstiel Award is rapidly becoming a flagship accolade to celebrate emerging leaders in molecular life science research.

Due to the high number of outstanding nominations, many strong candidates could not be acknowledged with an award. The selection committee highlighted an additional six scientists as “honourable mentions” that deserve special recognition:

Max Luciano Birnstiel (1933 – 2014) was a molecular biologist and founding director of the Research Institute of Molecular Pathology (IMP). In this role, he made a major contribution to the exceptional academic standing of IMP. He retired from his post as director in 1996.

Birnstiel’s research focused on gene regulation in eukaryotes. His lab was the first to purify single genes, the ribosomal RNA genes from the frog Xenopus laevis, in the late 1960s. Birnstiel was one of the first scientists to study how gene expression is regulated. He is also recognised for one of the earliest discoveries of a gene enhancer element, which his lab published in 1980. As a science manager, Birnstiel was a visionary who not only set the IMP on track to achieving research excellence, but he was also a vital force behind raising the profile of the Vienna BioCenter, now one of Europe’s most dynamic life science hubs with four research institutes, three universities and two dozen biotech companies.

Throughout his life, Max Birnstiel was a supporter of young talent and fostered an egalitarian culture at the IMP. It was in this spirit that a foundation bearing his name was set up in 2018. The Max Birnstiel Foundation co-funds initiatives and activities that support young scientists in molecular life sciences, such as the Vienna BioCenter Summer School and the International Birnstiel Award for Doctoral Studies in Molecular Life Sciences.

About the IMP at the Vienna BioCenter

The Research Institute of Molecular Pathology (IMP) in Vienna is a basic biomedical research institute largely sponsored by Boehringer Ingelheim. With over 200 scientists from 40 countries, the IMP is committed to scientific discovery of fundamental molecular and cellular mechanisms underlying complex biological phenomena. The IMP is located at the Vienna BioCenter, one of Europe’s most dynamic life science hubs with 1,850 employees from 80 countries in four research institutes, three universities and two dozen biotech companies.