Margaret "Maggie" Birnstiel, molecular biologist and long-standing friend and benefactor of the IMP and Vienna BioCenter, has passed away in Switzerland.

With the passing of Margaret Birnstiel, the IMP has lost a friend of the house that has accompanied the institute since 1986, when her husband Max Birnstiel became its first director. Upon taking this role, Max Birnstiel enjoyed great freedom in shaping the institute and set it on track to become one of Europe’s leading centres of molecular life science research.

Margaret Birnstiel’s role in the IMP was less visible, but nonetheless a very important one. A molecular biologist herself – she had met Max during a postdoc at the California Institute of Technology (Caltech), where she studied ribosomal RNA genes – she supported research endeavours in many, more informal ways. Commenting on projects, revising manuscripts, participating in scientific events. Above all, she was a well-liked member of the institute at a time when staff interacted like a big family.

“Maggie was an extremely nice person - a great supporter of Max and also a foil”, says Sir Adrian Bird, Buchanan Professor of Genetics at the University of Edinburgh and a senior scientist at the IMP between 1987 and 1990. Max Birnstiel retired in 1996, and the couple later moved to Switzerland, but continued to visit the IMP regularly. After Max Birnstiel died in 2014, Margaret Birnstiel not only continued these visits, she also turned to managing her late husband’s legacy.

Margaret Birnstiel at the IMP 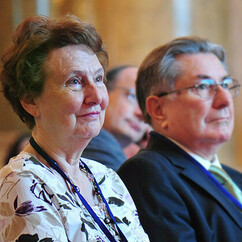 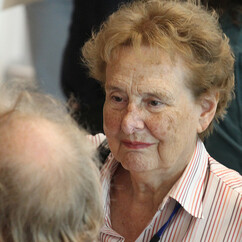 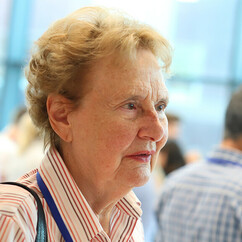 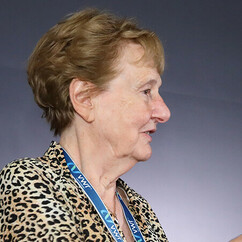 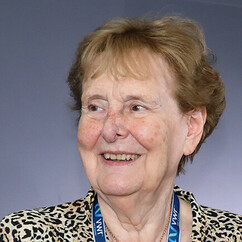 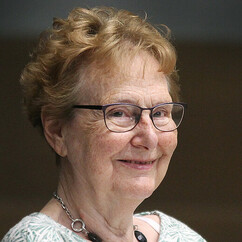 Both Margaret and Max Birnstiel always showed a great interest in nurturing future generations of scientists. In 2017, Margaret Birnstiel and her family were instrumental in creating the Max Birnstiel Foundation, a charitable organisation that supports education and career development initiatives for young researchers in the molecular life sciences. Supported by the family and other donors such as the Birnstiels’ IMP contemporaries Gustav Ammerer and Kim Nasmyth, the foundation has since taken up a number of activities.

Through the Birnstiel Foundation, Margaret Birnstiel contributed to the development of the Vienna BioCenter Scientific Training, especially to the competitive Summer School programme.

In 2019, the foundation partnered with the IMP in establishing the International Birnstiel Award for Doctoral Research in Molecular Life Sciences. The award celebrates exceptional talent and successes of young scientists. At the first award ceremony, Margaret Birnstiel proudly presented the trophies to the first generation of laureates. As the award continues to draw growing international attention, it is now part of the Birnstiel legacy.