Regulatory T (Treg) cells are a dedicated population of immunosuppressive CD4 T cells that express the lineage-defining TF Foxp3 and dominantly suppress the activity of self-reactive effector T cells. Foxp3 expression is induced in a population of developing self-reactive thymocytes, supported by the activity of an intronic enhancer, CNS3. Treg cells and Foxp3 are critical for the prevention of lethal autoimmunity in mice and men and have been implicated in the regulation of tissue homeostasis and repair and the suppression of anti-tumour immune responses. How Foxp3 regulates its target genes to confer Treg cell identity is still unclear. Our work has shown that in contrast to major chromatin-remodelling transcription factors, Foxp3 does not affect the accessibility or expression of most of the genes to which it binds. Thus, Foxp3-dependent cellular functions likely depend on the regulation of just a small number of critical targets. Using a combination of genetic tools and genome-wide assays, we have identified Foxp3-dependent genes at various stages of Treg cell development and are currently investigating their functions.

In addition to their development in the thymus, an independent pathway supports Treg cell differentiation from mature naïve CD4 T cells in secondary lymphoid tissues. These “extrathymic” or “peripherally-induced” Treg (pTreg) cells are thought to contribute to tolerance against food-derived antigens and the commensal microbiota; however, the mechanisms supporting their differentiation and their role in immune regulation remain largely unclear. We have developed genetic tools to study the development and function of pTreg cells and address the following questions: What are the conditions that support pTreg cell differentiation? How do Foxp3 and other transcription factors interact to define pTreg cell identity? What are the physiological functions of pTreg cells and how do these cells interact with other immune and non-immune cells? 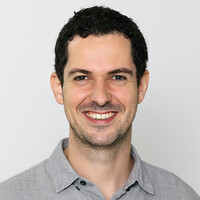