Since the IMP's opening in 1988, scientists of the IMP have contributed to many groundbreaking discoveries in the molecular life sciences. Their work was credited by numerous prizes and honours, reflecting the high academic standing of the institute. In IMP, in turn, has itself participated in initiatives to honour scientific talent through awards.

Measuring the excellence of academic institutions is notoriously hard – different research bodies vary in focus, structure and subject portfolio, and many indicators are anecdotal rather than quantified in a solid way. That having been said, one can obtain information from publicly accessible, neutral sources that allows you to gain a reliable picture of how 'good' the science of an institute is.

Research at the IMP is driven by curiosity. It is the institute's mission to enable scientific discovery in molecular life sciences at the highest level. Traditional indicators for "discovery" build on three areas: publications in international, peer review journals; competitive grants; and scientific awards and honours, including the election to professional societies. In each of these areas, the IMP has attracted and nurtured accomplished minds.

IMP researchers publish 60 to 90 papers in international journals each year. All our publications are listed here, arranged by year. Other indications for academic excellence are linked to individual researchers. 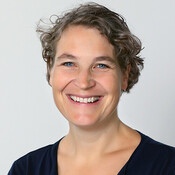 Awards are a celebration of scientific achievements - a recognition of the creativity, ideas, mentoring and team-work that ultimately leads to new discoveries!

Being elected to membership in research societies follows a rigorous evaluation of the scientist and his or her work. The most distinguished research society for basic molecular biology research is the European Molecular Biology Organisation (EMBO) with approximately 1,800 members. As of 2022, five out of the IMP’s 15 group leaders are elected EMBO members.

Principal investigators apply for research grants with proposals that are evaluated and only selectively accepted. For life sciences in Europe, grants from the European Research Council (ERC) programmes are among the most important sources for scientists – and they are highly competitive. As of 2022, 12 out of the IMP’s 15 group leaders were "ERC grantees", putting the IMP among the leading life science institutes in Europe. The success rate of ERC applications by IMP groups is among the highest of any eligible institution.

Awards and honours also offer valuable insights into the quality of research. Among the most glamorous, two Breakthrough Prizes went to alumni: IMP Emeritus Director Kim Nasmyth was recognised for work mainly done at the IMP; Angelika Amon pursued a stellar career at MIT after a PhD at the IMP in the early 1990s. Other award highlights include a total of five Wittgenstein Awards, Austria’s most prestigious research prize, for IMP group leaders.

Research questions that drive the science done at the IMP have changed over time. The pursuit of certain questions has led to especially fruitful periods at the institute and helped to shape molecular life sciences. Milestone discoveries made at the IMP that are now part of textbook knowledge are collected in an ongoing series of essays, the "IMP Research Milestones".

Awards presented at the Vienna BioCenter

Awards and honours are not only received by our scientists, the institute also awards research prizes. In collaboration with the Max Birnstiel Foundation, the IMP awards the International Birnstiel Awards for doctoral research in molecular life sciences.

Starting in 2019, the Birnstiel Awards aim to establish a community of outstanding talent in molecular life sciences and celebrate the research successes of young, up-and-coming scientists. They were named after the IMP’s founding director Max Luciano Birnstiel and will recognise the exceptional achievements of up to three PhD students in molecular life sciences from anywhere in the world outside of Austria.

The Kirsten Peter Rabitsch Award, named after an IMP PhD student who tragically died in 2006, is awarded jointly by Kirsten’s family and the IMP. It recognises the best research project of a student in the Vienna BioCenter PhD programme.