While canonical immune sensing relies on pattern-recognition of microbial components, the innate immune system can also recognize the virulence-associated enzymatic activities of pathogens. To avoid immune defences and exploit host cells, pathogens produce virulence factors that disrupt critical immune pathways. As postulated by the guard hypothesis, immunity in plants relies on a secondary line of pathogen detection, which monitors (or ‘guards’) the integrity of host immune defines pathways.

Virulence factor-mediated disruption of a guarded pathway triggers activation of a secondary guard immune response. While this guard-type immunity is a common feature of plant immune systems, the overall importance of guard-immunity in mammals is less clear. We have recently identified “self-guarding” as a new principle for detection of virulence factors in which the immune system senses “perturbed-self” as opposed to “non-self”. Self-guarding relies on a bi-functional protein that combines guarded function and guard function into a single polypeptide.

Our first example is the bi-functional protein MORC3, a direct anti-viral restriction factor that represses replication of viruses like Herpes Simplex Virus-1 (HSV-1). Consequently, HSV-1 employs the virulence factor ICP0 to attack and degrade MORC3 to restore viral replication. To sense this viral attack, MORC3 has a secondary function as a repressor of a novel regulatory DNA-element that we call the MRE (MORC3-regulated element). In response to virus-mediated degradation of MORC3, the MRE drives activation of the anti-viral cytokine Type I interferon (IFN) by activating the IFNB1 gene in cis. Virulence factor-mediated attack of MORC3 thus inadvertently de-represses the IFNB1 locus.

The cytokine IFNB1 then drives anti-viral defences by alerting adjacent cells to the presence of a virus. MORC3’s bi-functionality forces the pathogen to “pick its poison”: either the pathogen is restricted by its primary anti-viral activity or, if the pathogen interferes with this activity, a secondary restrictive anti-viral IFN response is unleashed. The MORC3 pathway is an elegant example of reciprocal countermeasures in the arms races between pathogens and their hosts.

We use functional genomics to identify genetic components of host-pathogen interactions, innate immune sensing, and immune homeostasis. This involves forward and reverse genetics in human cells, mice, and model pathogens. One focus lies on the BLaER1 cell culture system of human monocytes that we have pioneered for genetically dissecting human innate immune pathways. The lab’s overall interests centre around these topics:

Innate immune signalling: What are the functional consequences of immune receptor activation? How are immune genes activated and what are the regulatory genetic circuits?

The Gaidt Lab is currently offering positions for PhD students.

If you are interested in a Postdoc at the Gaidt lab, please contact Moritz Gaidt directly. Please include a CV and a statement explaining your research interests and why you want to join the lab. 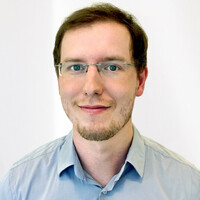