Skip to main contentSkip to breadcrumbsSkip to sub navSkip to doormat

David Keays is an Adjunct Investigator at the IMP and Professor at the Ludwig-Maximilians-Universität München. You find more detailed information about his work and research group at: https://www.neuro.bio.lmu.de/research_groups/res-keays_d/

The driving philosophy of my laboratory is to unravel nature’s wonder by relentless attention to detail.  We are interested in two questions in neuroscience:

(1)  How do animals sense the Earth’s magnetic field?
(2) What role does the microtubule cytoskeleton play in the developing brain?

In tackling these two questions we adopt an inter-disciplinary approach that exploits a broad range of genetic, histological, imaging, cellular and molecular tools. Moreover, we embrace the same rigorous reductionist mindset that aims to perform carefully controlled experiments, the results of which are critically analysed.

Using maps, compasses, and sextants, mariners in the early 1500's developed the first methods to navigate the open sea; heralding an age of exploration as humanity set sail for the horizon. Yet long before this time evolution had equipped life on the planet with a biological global positioning system that was far superior to those early navigational tools – the Magnetic Sense. While there is unequivocal behavioural evidence demonstrating that this faculty exists, it is the least understood of all senses. The location of the primary sensors, the underlying biophysical mechanisms, and the neurological basis of the sense are unknown. Currently, there are three ideas that aim to explain how magnetosensation might work: (1) a light sensitive radical pair based model; (2) magnetite based magnetoreception; and (3) electromagnetic induction. Previous studies have asserted that pigeons employ a magnetite containing sensory apparatus located at six specific loci in the subepidermis of the beak. We have shown that this dogma is false, and in reality clusters of iron-rich cells in the beak of pigeons are macrophages not magnetosensitive neurons (Treiber et al, Nature 2012). It is apparent that the true magnetosensors remain to be found.

Our goal is to identify the molecules, cells and circuits that underlie the magnetic sense in pigeons. To achieve this objective we employ an assay that assesses neuronal activation within the pigeon brain, following exposure to magnetic fields generated by Helmholtz coils. These experiments have implicated the vestibular nuclei and the inner ear of pigeons in the magnetic sense, resulting in the discovery of an iron-rich organelle, the “cuticulosome” which resides in avian hair cells (Fig.1. Lauwers et al, Current Biology 2013).

1. Where are the primary magnetosensors? Having established a physiologically relevant readout for the magnetic sense, we can now ask where do the primary magnetosensors reside. To do so we are employing anatomical perturbations (e.g. hair cell ablation with antibiotics), which we expect will be superseded by genetic methods. We are complementing this work with a systematic search for magnetite within the pigeon inner ear using synchrotron radiation and an elemental characterisation of the cuticulosome.

3. How is magnetic information encoded in the avian brain? To address this question brain we have built a 2-photon microscope that permits in vivo calcium imaging while exposing pigeons to precise magnetic stimuli. Coupled with a genetically encoded calcium indicator (e.g GCaMP6) delivered by an adeno associated virus we are able to study which components of the magnetic field elicit neuronal activity (i.e. intensity, polarity and inclination) and how this information is integrated into existing neuronal networks.

The construction of the vertebrate brain is dependent on a complex cascade of biological processes that include mitotic division, relocation of migrating neurons, and the extension of dendritic and axonal processes. To gain insight into the molecules that mediate these cellular events my laboratory has relied on unbiased phenotypic screens in mice, the generation of novel transgenic mouse mutants, coupled with the study of human neurodevelopmental disorders. This work has highlighted the importance of the microtubule cytoskeleton and associated proteins in the construction of the human brain.

We have shown that mutations in the -tubulin gene TUBA1A cause lissencephaly a neurodevelopmental disease characterised by a smooth cortex, epilepsy and severe intellectual impairment. The tubulins are a multi-gene family that encode for the constituents of microtubules; in humans there are 8 α- and 9 β-tubulin genes. Since our discovery that mutations in TUBA1A cause lissencephaly a host of neurological disease states have been associated with the tubulins. For instance, it is now known that variants in TUBB3 cause defects in axon guidance, mutations in TUBA4A cause motor neuron disease, and mutations in the β -tubulin gene TUBB5 cause microcephaly. We have built on this work further demonstrating that mutations in the microtubule associated protein EB2 cause the unusual “Michelin tyre” syndrome, and that variants in a microtubule associated kinase (MAST1) cause a rare disorder characterised by an enlarged corpus callosum. We are interested in understanding how these mutations cause a spectrum of neurodevelopmental diseases and what role these genes play in the developing brain.

1. Do tubulin genes have specific functions? An emerging theme from our work is that mutations in different tubulin genes give rise to overlapping but distinct disorders. It has been further noted that each tubulin protein has a unique variant C-terminal region and is expressed differentially. These observations support the idea that individual tubulin genes encode functionally distinct polypeptides. Known as the multi-tubulin hypothesis this idea was first proposed more than 40 years ago by Fulton and Simpson, but has not been rigorously testing in a vertebrate system. We are exploiting the power of mouse genetics, coupled with the CRISPR-cas9 genome editing system to test this hypothesis, defining the role of different tubulin genes in the developing brain.

2. Organoids and tubulin gene mutations. We are interested in understanding how mutations in the tubulin genes cause neurodevelopmental disease. To gain mechanistic insight into this question in a human context we are exploiting the power of human cerebral organoids to model the tubulinopathies. Drawing on our established network of clinicians, we generate iPSCs, which are then employed to generate “mini brains”. We carefully analyse these organoids alongside controls that have been subject to genetic repair using the CRISP-cas9 genome editing system. We use a variety of methods including brain clearing (iDISCO), light sheet microscopy, live cell imaging, and transcriptomic methods to gain insight into the underlying molecular pathology.

3. What role does the MAST family play in the developing brain? We have recently shown that microdeletions in MAST1 cause a rare disease characterised by a  "mega" corpus callosum, and implicated this gene in autism spectrum disorder (Fig. 4). There are four MAST family proteins (MAST1-4), we are largely uncharacterised. Our goal is to define their expression pattern, identify their phosphorylation targets, understand how they regulate microtubule function, and explore the effects of their ablation. To achieve these goals and understand how mutations in the MAST family cause neurological disease we have generated a variety of novel mouse models that recapitulate patient mutations, and reprogrammed iPSCs for organoid development. 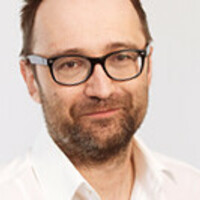 We use cookies that are technically necessary for the functionality of our website, but also cookies for functional and analysis purposes to optimise the user experience on our site. With your consent to the cookies, data is processed both by us and by third-party providers, some of which are based in third countries (e.g. the USA).

You can find more information about the tools and the partners in our data protection declaration, in which we also explain exactly what data transfer to the USA can mean. You can individually adjust or revoke your cookie settings at any time if you wish.

These cookies are necessary for the basic functions of the website. You can block or delete them in your browser settings, but you then run the risk that some parts of the website will not function properly.

Necessary to obtain consent for certain cookies and thus for the use of certain tools.

cookieUser
Used to recognise the browser and its cookie history (consent or rejection of particular cookies with date und time) by an anonymised identification number.
storage duration: 2 years

cookieNoticeAll
Used to check if the user allows all cookies.
storage duration: 180 days

Google Analytics: Web analysis service for evaluating visitor information in order to optimise the website and its offering.

Google Tag Manager: Tag management system for the central integration of tags via a user interface.

This service may transfer the collected data to another country. Please note that this service may transfer data outside the European Union and the European Economic Area and to a country that does not provide an adequate level of data protection. If the data is transferred to the US, there is a risk that your data may be processed by US authorities for control and monitoring purposes, without any possible redress available to you. Below is a list of countries to which the data will be transferred.

Enables the display of videos.

This service may transfer the collected data to another country. Please note that this service may transfer data outside the European Union and the European Economic Area and to a country that does not provide an adequate level of data protection. If the data is transferred to the US, there is a risk that your data may be processed by US authorities for control and monitoring purposes, without any possible redress available to you. Below is a list of the countries to which the data will be transferred.

__Secure-3PSIDCC
These cookies are used to deliver ads that are more relevant to the user and its interests. They contain an encrypted unique ID to identify the user.
storage duration: 2 years

YSC
This cookie is set by YouTube to track views of embedded videos. It contains an encrypted unique ID to identify the user.
storage duration: session

VISITOR_INFO1_LIVE
This cookie is set by YouTube to track views of embedded videos. It contains an encrypted unique ID to identify the user..
storage duration: 3 months

Enables the display of embedded tweets.

This service may transfer the collected data to another country. Please note that this service may transfer data outside the European Union and the European Economic Area and to a country that does not provide an adequate level of data protection. If the data is transferred to the US, there is a risk that your data may be processed by US authorities for control and monitoring purposes, without any possible redress available to you. Below is a list of the countries to which the data will be transferred.
USA

personalization_id
This cookie is set due to Twitter integration and sharing capabilities for the social media
storage duration: 2 years

guest_id_ads
This cookie is set due to Twitter integration and sharing capabilities for the social media
storage duration: 2 years